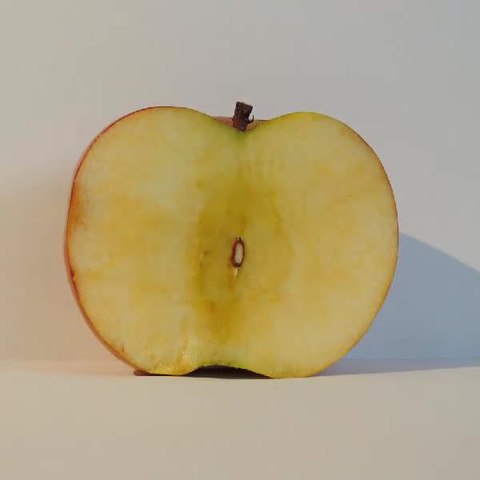 Picture this, you’re making your lunch for class or work and you decide to pre-slice your apple because it’s easier to eat and heck, why not? Fast forward five hours, you’re already exhausted from the day and all you want to do is eat your apples with some peanut butter, but, SURPRISE! Your apple slices are brown, a little shriveled, and really just not that tasty looking. One of the most unappealing things about an apple can be the brown coloring caused by bruising and slicing, even though we know that the apple is fine to eat the brown color makes it kind of ..well gross looking. But what if this browning could be taken care of using biotechnology?

Every generation faces new advances and technologies that they are not quite sure of, often asking questions like; Is it safe? Is it necessary? What are the negative effects of using this technology? In this day and age genetically modified organisms, or GMOs, fall under this category. Just like with any technology, sometimes it is difficult to understand, and may even seem harmful at the time, simply because it is not natural. Terminology plays a large role in misunderstandings, experts tend to throw around terms that seem to be the same exact thing but usually aren’t, differing in small but important details. The two terms “transgenic organism” and “genetically modified organism” are commonly used interchangeably, but that is not always correct. While all transgenic organisms are GMOs, not all GMOs are transgenic.

I know what you’re thinking, “okay, thanks for clarifying that, but what do the terms MEAN?”

What Makes an Organism Transgenic?

We will start with transgenic organisms, the are species that have been modified by bringing in the DNA of a species different than the one being altered. A great example of

this can be seen in the ever so popular aquarium fish, the GloFish. Basically, a biologist saw a fish and they saw a glowing jellyfish and they thought, GLOWING FISH. They identified the gene that caused these jellyfish to light up like a Christmas tree and then inserted that gene into the DNA of the zebrafish and then…..a glowing fish was created. Essentially, this technology gives organisms a function they did not previously have by copying it from another organism. So, let’s get this straight. Transgenic organisms are all GMOs because they have been modified at the genomic level by using DNA from a different organism (like the GloFish), but not all GMOs are transgenic.

So What is a GMO?

So what the heck is a GMO then?? Okay, I’m getting there. Genetically modified organisms, like transgenic organisms, are altered at the DNA level.However, the only DNA involved here is the organism’s DNA. In other words, when you buy a GMO apple, the only thing that has been done to that apple is either turning off a gene or turning one on! Take the up and coming Arctic Apples for example (see what I did there?)

Let’s go back to the scenario we came up with at the beginning, brown apples..ugh gross.

Browning is caused by the release of polyphenol oxidase (PPO). Don’t worry about the technical terms,  this is a natural process that occurs when the apple is damaged. The gene for PPO release is activated during times of stress (slicing, biting, throwing it on the ground because you just bought it and it’s already brown??)  By identifying the gene that is responsible for PPO release, using biotechnology to silence that gene (basically not allowing it to make PPO and release it anymore,) and then structured breeding, biologists were able to change your apples so that they always look good to eat! In the US alone, it is estimated that 70 billion pounds of food are wasted every year. Can you imagine how much we could save by not simply throwing out food because it has some slight bruising or brown color to it?Now that you understand what a GMO is, I’m sure your next question is “what effect does this have on me and my body when I eat them?”

Let’s start by pointing out some key foods you and I eat all the time that you might be surprised to find is a GMO. So far we have talked about the ways in which biologists can transform the food, or animals, that we eat by identifying and changing genes of interest. But the fact of the matter is, we have been messing with and manipulating nature in order to fit our needs for a lot longer than you think. Kale is a recently very popular plant, people put it in everything from pasta to smoothies, but did you know that kale is not a naturally occurring plant? Yeah..that’s right, one of the most popular greens right now was bred selectively.This is done by identifying individuals of the wild mustard plant with unique characteristics (such as leaf size for kale) breeding those individuals to select for those characteristics. The result?  Modern kale, Brussels sprouts, cabbage, and more greens (just to name a few)!

So, what have we learned?

The possibilities are limitless with this technology, by creating plants that are resistant to insects we can reduce the use of pesticides (which aren’t that great for the environment, or us), we can create fruits and vegetables that stay fresh longer, and we could even increase the nutrients of certain plants to help feed locations with need.

So the question is? Would you now eat a GMO apple?

Article by Britany Devasure – Brittany is a senior majoring in Cell and Molecular Biology at Appalachian State University. Brittany is a science communication intern at Ricochet Creative Productions where she is responsible for photography projects as well as writing articles on trending scientific discoveries.